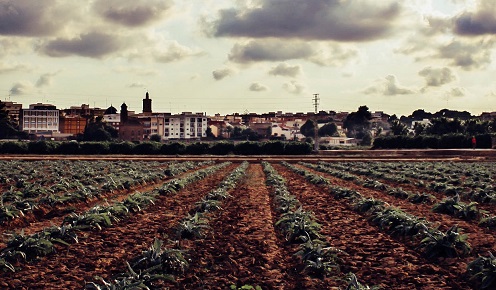 Urban farming is not just about cultivating food in the big cities - urban farming is also about creating coherence between countryside and city, as well as the areas between them.

There is a need to increase our attention on the connection between cities and their surrounding agricultural areas, and here we should examine the challenging conditions that agriculture has in suburban and peri-urban areas. In these areas, obvious opportunities exist for the creation of alternative and complementary production systems, where farms can create reciprocity between resource consumption and recycling, for example by recycling wastewater from the cities. Here too, factories and facilities can be established to collect and use urban waste for agricultural nutrients.

By having food production closer to the consumer, local agricultural production can inject new vitality into local communities. We already know that production in peri-urban areas creates derived positive effects and affect social aspects, but we still need to understand how best to implement peri-urban food production and create a suitable regulatory framework. For example, there is a need for more knowledge about how urban cultivation systems match the major conventional farming systems. There are also significant challenges in the fact that the legal framework does not necessarily support the establishment of urban production systems, and it is therefore necessary to evaluate different administrative models and their possible implementation.

Would you like to get in touch with one of our urban farming experts or view our complete list of publications?

You can use Urban Farming SCIENCE to:

Establish partnerships for research and development that address the needs of urban farmers, practical aspects of food production and peri-urban farm establishment, as well as regulatory evaluation and city planning elements.